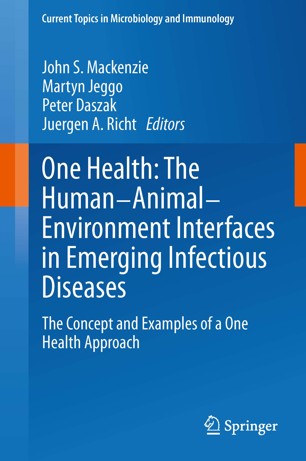 Cost Estimate of Bovine Tuberculosis to Ethiopia
Link to Document

Abstract: While bovine tuberculosis (BTB) has been eliminated in some industrialized countries, it prevails worldwide, particularly in Africa. In Ethiopia, BTB is prevalent as numerous studies have shown its occurrence in livestock and in abattoirs but it has not been demonstrated in wildlife and only very few cases have been found in humans. The objective of this study is to estimate the cost of BTB to Ethiopia with the aim of informing Ethiopian policy on options for BTB control. BTB in livestock affects both animal productivity and herd demographic composition. The Livestock Development Planning System (LDPS2, FAO) was modified to allow for stochastic simulation of parameters. We performed an incremental cost of disease analysis, comparing livestock production with and without BTB. For the rural scenario we considered an endemically stable 4 % comparative intradermal test (CIDT) prevalence and for the urban scenario an endemically stable 32 % CIDT prevalence among cattle. The net present value of rural Ethiopian livestock products in 2005 is estimated at 65.7 billion (thousand million) Ethiopian Birr (95 % Confidence Interval (CI) 53.8–77.7 billion Birr), which is the equivalent of 7.5 billion US$ (95 %CI 6.1–8.9 billion US$) at a rate of 8.7 Birr per US$ in 2005. The cost of BTB ranges from 646 million Birr (75.2 million US$) in 2005 to 3.1 Billion Birr in 2011 (358 million US$) but is within the range of uncertainty of our estimate and can thus not be distinguished from zero. The cost of disease in the urban livestock production ranges from 5 to 42 million Birr (500,000–4.9 million US$) between 2005 and 2011 but is also within the range of uncertainty of our estimate. Our study shows no measurable loss in asset value or cost of disease due to BTB in rural and urban production systems in Ethiopia. This does not mean that there is not a real cost of disease, but the variability of the productivity parameters and prices are high and would require more precise estimates. This study does not preclude in any way the urgent need to control BTB in the urban dairy herd of Addis Ababa for other than financial reasons.
Author(s): Current Topics in Microbiology and Immunology
Year: 2012
Language: English
Region(s): ETHIOPIA
Resource Type: Journal Articles
Source: Other
Filed under: Bovine, Ethiopia, Journal Article, Research, TB control, Zoonotic