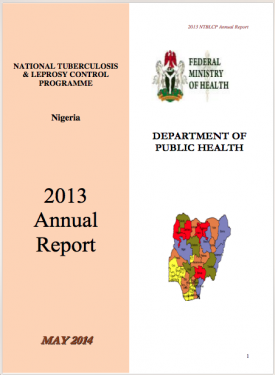 With this plan, the NTBLCP aims to reduce the prevalence of the three diseases to levels where they no longer constitute public health problems in the country. In 2013, the NTBLCP received both financial and technical support from various organizations such as the United States Agency for International Development (USAID), Centres for Disease Control and Prevention (CDC), the Global Fund for ATM (to Fight AIDS, Tuberculosis and Malaria), KNCV Consortium (TB CARE 1, MSH and FHI 360) WHO, ILEP Organisations and APIN.