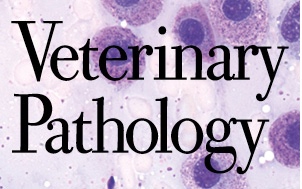 Citation: Fitzgerald, S. D., & Kaneene, J. B. (2013). Wildlife reservoirs of bovine tuberculosis worldwide: hosts, pathology, surveillance, and control. Veterinary pathology, 50(3), 488–499. https://doi.org/10.1177/0300985812467472
Abstract: Bovine tuberculosis due to Mycobacterium bovis is a zoonotic disease classically carried by cattle and spilling over into humans primarily by the ingestion of milk. However, in recent decades, there have been many endemic geographic localities where M. bovis has been detected infecting wildlife reservoirs, limiting the progress toward eradication of this disease from cattle. These include cervids in North America, badgers in Great Britain, feral pigs in Europe, brushtailed possums in New Zealand, and buffalo in South Africa. An overview of these wildlife hosts will provide insight into how these reservoirs maintain and spread the disease. In addition, the authors summarize the pathology, current ongoing methods for surveillance, and control. In many instances, it has proven to be more difficult to control or eradicate bovine tuberculosis in wild free-ranging species than in domesticated cattle. Furthermore, human influences have often contributed to the introduction and/or maintenance of the disease in wildlife species. Finally, some emerging themes regarding bovine tuberculosis establishment in wildlife hosts, as well as conclusions regarding management practices to assist in bovine tuberculosis control and eradication in wildlife, are offered.
Author(s): Veterinary Pathology
Year: 2012
Language: English
Resource Type: Journal Articles
Source: Other
Filed under: Bovine, Journal Article, Research, Surveillance, Zoonotic